After many years of working as a musician, producer, arranger, composer, orchestrator, recording engineer, and live sound mixer, in 2002, I opened the doors of Rip Street Audio; a small and efficient project studio dedicated to providing music composition, sound design, and implementation for video games.

"Rob's love of audio shows in his work. He's dedicated to getting the right sound and is creative in his approach. He's a hard worker who takes feedback like a pro, collaborates like a pro, and delivers like a pro."

“The range of work with which Rob has extended across his audio career shows that his flexibility and openness to learning will continue to help showcase his creativity and talent.”

“Rob’s work in game audio is second to none.”

“I have used Rip Street Audio for game projects big and small.  Rob is a musician, but he is also a technician when it comes to getting the right sound, sounding right, on any platform.” 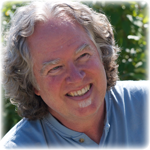